Our recent visit to China highlighted significant challenges for its economy: although it is an economic model based around low cost manufacturing, China continues to lose competitiveness by pegging its currency to the ever stronger US dollar; its economy is not sufficiently capitalist for its banking system to recognise bad loans and for non-productive capacity to be shut down; infrastructure build continues to be the main government policy tool for stimulus even though the multiplier effect on the rest of the economy is now widely recognised to be tenuous at best; and, finally, it is also easy to underestimate the effects of the “anti-corruption” campaign on conspicuous consumption and its political effects on an insecure Chinese political and economic elite. We expected the locals to be less bearish, but we came away with a more profound concern: that just possibly – like the Soviet Union in the 1950s – China’s economic and geopolitical influence in the world – contrary to the still prevailing consensus of an unstoppable ascension - may in fact have already peaked.

Writing in 19941, the economist Paul Krugman recalled how the spectacular growth recorded by the Soviet Union in the 1950s under Krushchev, was regarded at the time as being both impressive and frightening, particularly compared to that being achieved in either Western Europe or the United States: “Living in a world strewn with the wreckage of the Soviet empire it is hard for most people to realize that there was a time when the Soviet economy, far from being a byword for the failure of socialism, was one of the wonders of the world – that when Krushchev pounded his shoe on the U.N. podium and declared, “We will bury you, ” it was an economic rather than a military boast”. In the same year, 1959, Newsweek warned that the Soviet Union might well be “on the highroad to economic domination of the world”. Western society and politicians found themselves both amazed and disturbed by the gap between the Soviet command economy and Western capitalist economies.

But whilst measuring Soviet economic performance in the 1950s by the manufacturing output of tractors was certainly impressive in isolation, this could be explained simply by the “rapid growth in inputs: expansion of employment, increases in education levels, and, above all, massive investment in physical capital”. Without commensurate innovation – inherently more difficult in a command economy - there would be no increase in productivity: in other words, falling output per unit of input and therefore diminishing returns on the inputs which had hitherto been the sole engine of growth: “Economic growth that is based on expansion of inputs, rather than on growth in output per unit of input, is inevitably subject to diminishing returns. It was simply not possible for the Soviet economies to sustain the rates of growth of labour force participation, average education levels and above all the physical capital stock that had prevailed in previous years. Communist growth would predictably slowdown, perhaps drastically.”

Whilst Western opinion formers and politicians have been fawning over the rapid rates of economic growth achieved by China it would seem possible that they have been guilty of the same mistake as their predecessors with regards to the Soviet Union of the 1950s. The Chinese economic model has been to establish itself as the world’s lowest cost manufacturer by utilising cheap (rural) migrant labour on an unprecedented scale, and then to recycle the current account surplus from these manufactured exports on an equally unprecedented capital spending boom.2 As the supply of cheap (rural) migrant labour slows and capital build in manufacturing, housing and infrastructure outstrips sustainable utilisation then without commensurate gains in productivity it is inevitable that growth will slow-down, perhaps – as was the case in the Soviet Union – drastically. Moreover, the widely expected consumer boom never takes place (see Figure 1: “Where is the Chinese consumption boom?”) as the economic model requires surplus savings to be ploughed back into new production rather than consumption and for wages to remain competitive. So whilst historical precedent suggests that command economies can mobilise resources on an unprecedented scale, gains in productivity arguably require innovation and dynamic capital allocation, all of which are only prevalent in a fully capitalist economy.

Figure 1: “Where is the Chinese consumption boom?”

Chinese Consumption vs. Investment (as a % of GDP) 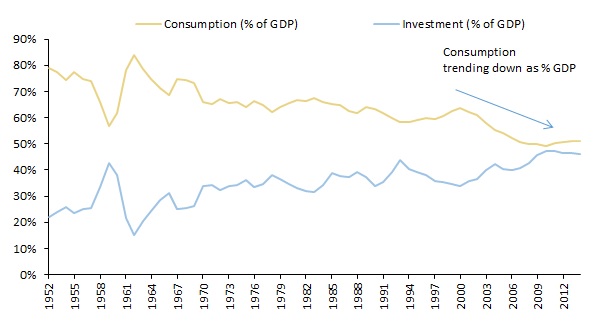 China’s response to the global financial crisis in 2009 – a 4 trillion Yuan ($550bn) stimulus programme, roughly equivalent to 16% GDP3 – is now widely regarded as a policy error, even in China itself. Local governments were provided with bank loans to finance capital spending on infrastructure, housing and manufacturing in order to achieve mandated GDP targets (see Figure 2: “Chinese investment growth YoY”). Money supply (M2) doubled between 2007 and 2011 with over half of all bank lending directed toward infrastructure projects, with investment on infrastructure growing at 60% YoY from an already unprecedented level of near 50% of GDP.4 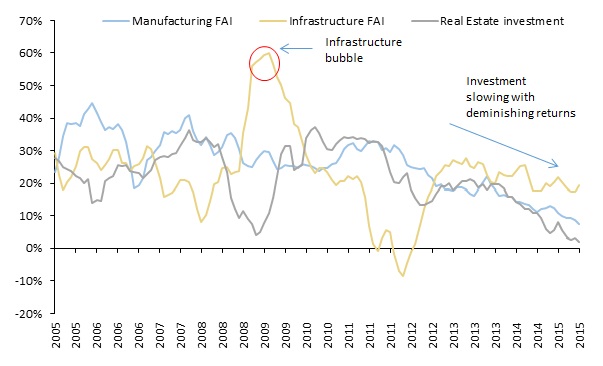 Not only is it now relatively non-controversial to argue that much of the capital formation was non-productive and wasteful, and therefore that the stimulus programme had limited positive effects on the economy beyond the actual amount spent, but it is also now widely accepted that local party officials enriched themselves through appropriation of revenues from land sales and kick-backs from (and often outright ownership of) the construction companies involved. Much of the stimulus therefore found itself in luxury goods, expensive property and the stock markets.  A barometer of this has been the price of fine wine which increased substantially following this Chinese conspicuous consumption boom but which has subsequently fallen away with the subsequent severe anticorruption crackdown (see Figure 3: “Fine wine and the Chinese money supply”). 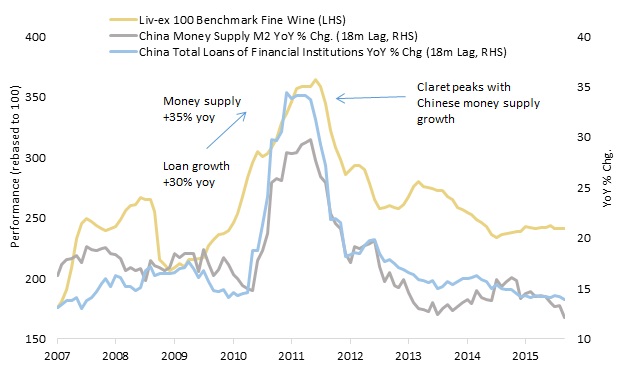 The negative effects on the Chinese banking sector of the investment boom  have also yet to be fully appreciated. In any economy where the annual rate of loan growth is 30% YoY and the growth in money supply is 35% YoY (see Figure 3). it is inconceivable that there will not be a high degree of loans made to projects, companies and individuals who will not likely be in a position to ever repay the principle. Official non-performing loan ratio (NPL ratio) in the Chinese banking industry is just 2%.5 No one regards this as credible. Indeed this reported figure has stayed remarkably low relative to history and the astonishing pace of growth in Chinese bank sector assets (now comfortably the world’s largest). However, it is an open secret amongst Chinese banking analysts that there is a general reluctance across the sector to recognise bad loans, that liquidity to unprofitable or insolvent borrowers is simply rolled and, as such, the “true” NPL ratio is at least double digit (See Figure 4: “China’s hidden NPL problem”). As best, unless recapitalised (perhaps by the central government) the Chinese banking system will, in general, find itself short of equity and unable to allocate capital to profitable ventures that support economic growth. At worst, lack of confidence in a rotten and corrupt banking system results in a wholesale loss of confidence in Chinese assets. 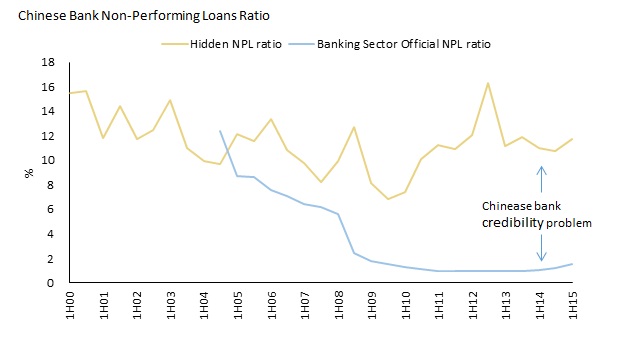 The trade-off between the short-term pain of reducing excess capacity in a wide-range of manufacturing and construction activities and the long-term gain of more efficient mobilisation of resources is now widely recognised in China. Nevertheless, it is difficult to see how capacity is shut down, as financing to “zombie” corporates is often supplied by regional banks under the influence of local government, irrespective of whether the companies will ever generate enough cash-flow to repay the principal. As such the local government always has a strong incentive to avoid localised unemployment and potential civil and political unrest, and the local bank employees have an equally powerful rationale to avoid having to own up to past lending mistakes. As a result, it is doubtful whether China’s economy is sufficiently capitalist for unproductive capacity to ever be shut down on a meaningful scale and therefore capital can keep being misallocated. A symptom of this structural over-capacity are that factor gate prices (PPI) are currently falling at a double digit rate year on year (See Figure 5: Chinese Factory Gate Deflation“). Indeed only by adjusting nominal output by this massive GDP deflator can the Chinese manufacturing sector be said to be growing at all (See Figure 6: “Is China’s Manufacturing Already In A Nominal Recession?”) 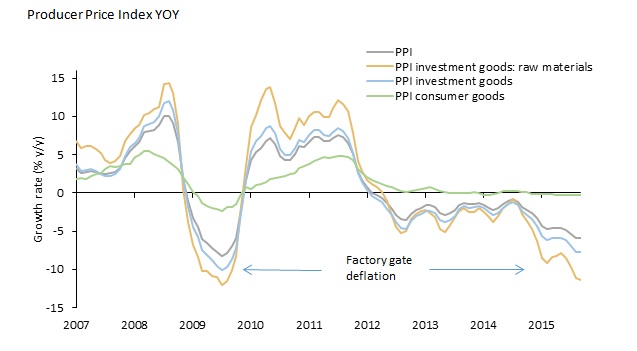 Fig 6: “Is China’s Manufacturing Already In A Nominal Recession?”

If this excess manufacturing capacity could be exported to the rest of the world then this might be a way out but even where the product can be exported and the scale of China’s overcapacity could theoretically be absorbed, the fundamental problem with China’s economic model is that it is no longer the world’s lowest cost manufacturer. This is not only because the supply of cheap labour has diminished but because its currency (by virtue of being pegged to the US dollar) has risen significantly against its Asian peers (on a trade weighted basis 30% over five years) (See Fig 7: “Chinese Foreign Exchange Rate”). Whilst the Chinese currency is now generally seen as over-valued, the Beijing government is thought to see a strong and stable exchange rate as politically desirable, particularly given their desire to internationalise it as a hard currency, or perhaps because of a lack of confidence in its economic prospects this would betray. As such, it seems unlikely that the China utilises the one remaining effective policy tool available, which is to let its currency devalue by easing intervention to prop it up. 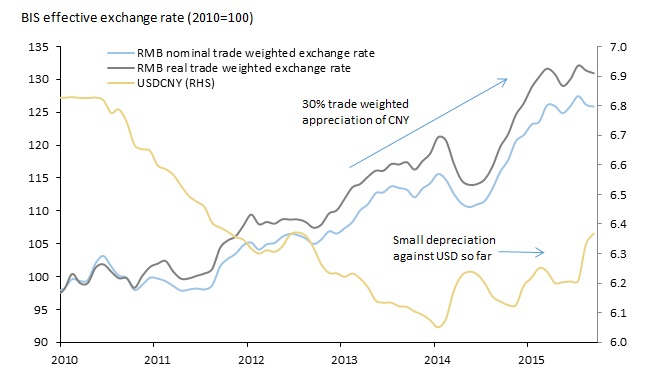 Whilst command economies have historically been able to mobilise resources more effectively than capitalist economies and therefore record impressive rates of growth through an increase in the inputs into economic growth (labour, investment), sustainable economic growth requires innovation which increases productivity and capital markets which allocate capital efficiently between productive and unproductive resource. Like the Soviet Union in the 1950s, China has recorded impressive economic growth based on input formation which is now being undermined by a failure to increase productivity at a commensurate rate, and currency appreciation which undermines its business model as the world’s lowest cost exporter. As such, the question we should be asking is not whether China is entering a cyclical downturn, but whether China, like the Soviet Union in 1959 under Krushchev, has, in terms of economic and political influence, already peaked?

‘Standard Chartered: a broken business model in a cyclical downturn’